A groundbreaking discovery makes humanity venture an urban utopia. The reason: The complete plan of a Perpetuum mobile was found. The inventor is Johann Bessler aka Orffyreus – Medicus, Mechanicus and Alchemist of the early 18th century. Once triggered, his “eternal wheel” once turned for many weeks.

The Futurist Paul Scheerbart is visioning his idea of ​​”Perpehs” by means of a crazy projection apparatus. In an impressive experiment, visitors can admire the so-called “butterfly effect”. And in front of a big cross, “Ms. Mehr” ponders about a world that God no longer needs.
Science has long since banished the perpetual motion machine into the realm of the impossible. And yet: Do not we live in a perpetual world wheel that once set in motion, can no longer be stopped and produces a “more” of everything?

The profound and rich in images shows six poetic views from the fields of religion, art, science, vision of the future and history, and thereby poses the question of the city of the future. How can the social human being live in a future community if all that surrounds it is only designed for the individual well-being of the individual?

PERPETUUM can be played as a city staging (indoor and outdoor) or as a park staging. The staging was created as a commissioned staging for the city of Bad Karlshafen in 2018 in cooperation with the Kultursommer Nordhessen, produced in the Theaterhaus Berlin Mitte. 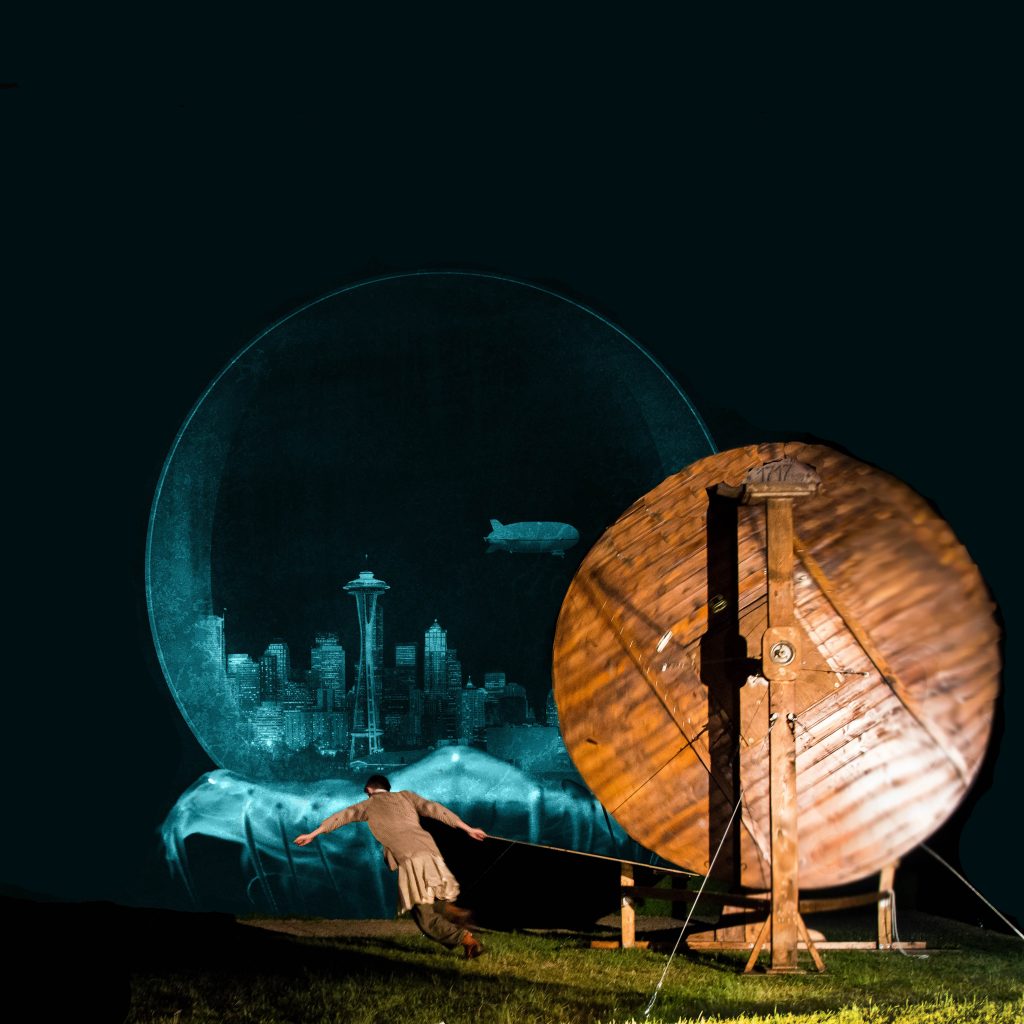